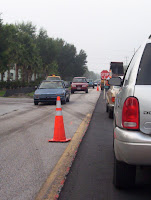 It is an ongoing joke at work that, if you make it three years, you’re considered a lifer. I have worked here for eight and a half years. As I reminisce about this from time to time, I worry that I have not occupied many real jobs. In my thirty year tenure on this earth, I worry that I have not gained enough employment experience to be a seasoned employee or an adequate accountant. As I thought about this more, I began to list the different jobs that I have had over the years and I laughed out loud.

During my high school years, the rule at my house was, if you were playing sports, you didn’t have to have a job. I played one sport every season so I wasn’t forced to work during the school year. However, once I got my own car at 16, I had to pay for gas and my own car insurance. This resulted in working summer jobs to save up. Though I do not recall which job I held first, I know that I worked at the College Bookstore stocking shelves and doing inventory and a fruit farm making donuts and various other baked goods during high school. The summer after high school (and before going off to college) was spent in production scheduling at factory that makes playground equipment. I was extremely excited about this job. The job had actually been promised to a classmate of mine (a fact that I did not have knowledge of at the time), but, instead, she got stuck in shipping and receiving. Ha! (Oh, I’m not supposed to be all catty and tell you that I celebrated over this because this particular person had helped make my high school life hell. Neener neener! I do actually like this person now. I have forgiven. See, I've grown up too!)

Once I finally made it to college, I considered getting a job. I did. Really. I even secured a work study job in the Business department there for a short time. College was really hard for me though. I was so mixed up mentally and emotionally and I lacked a considerable amount of social skills that it became too much for me. Eventually, I just stopped showing up. That sounds horrible, but I cannot begin to tell you the emotional turmoil that I went through during those first two years in college.

During the two summers between academic years, I worked for the county road commission as a flagger. That was a blast. It was probably the best job I have ever had. I loved that job and all of the guys that I worked with. They were a great bunch and I miss them a great deal. I cannot believe I loved that job so much. As a night owl, mornings are really rough for me. For most of the summer, we began working at 6:00 am. It was really rough for me to make it to work before the rooster crowed, but I managed. I loved every single minute of it.

After two years in college, I decided I could not handle it anymore and I moved back home. During that time, I attended a community college part-time and worked at a local accounting firm. Since I planned on eventually getting an accounting degree, it seemed a perfect fit. I gained some good experience here, but not as much as I had hoped for or that I knew I was capable of. My boss had a tendency to treat people, myself included, like idiots as well and I did not feel as though the environment was progressive enough for me. After being talked down to a few times and told that I could not attend school during tax season, I decided that job was not for me and I quit. I quit without a plan.

Within a month, I was able to secure a part-time job as the secretary for the department that served students at the community college that I had previously attended. This afforded me a great deal of opportunity. Soon I transitioned to the secretary for the dean of students. Still a part-time job, I was able to continue to go to school full-time and partake in a cross culture trip to England and Scotland for three weeks. Eventually my boss was able to have my position moved from part-time to full-time. Within a year of obtaining my degree, I was able to transition to the business department as an accountant where I could utilize my skills and degree and fulfill my career objective.

Looking back, I can say that I may not have held the most impressive jobs, but I have held some unique jobs. I learned something from all of them and I am who I am because of those experiences too. I used to think that I wanted to be somebody and to make lots of money. Now I think that I am somebody to the people who are important to me and a lot of money isn’t going to bring happiness to my life. Not to mention, I really do not like to work that hard. Some people are cut out for it and some people aren’t. It takes all of us to make the world go around. I am happy for the experiences I have had and the person that I have become because of them. Everything fell into place just like it is supposed to. For that, I am thankful.